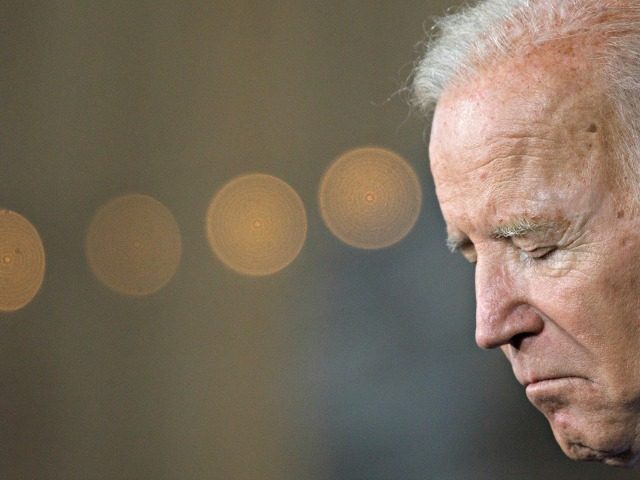 Far-left CNN was sitting on video that supports Tara Reade’s sexual assault allegation against Joe Biden, and someone else found it.

Yep, CNNLOL had the goods for what will surely be one of the biggest stories of the 2020 presidential campaign, a crucial piece of evidence that backs up Reade’s sexual assault allegation against the presumptive Democrat nominee, and to its everlasting shame, CNNLOL was not the outlet that broke the bombshell.

In her futile attempt to have her story told by a corrupt establishment media determined to protect Biden’s presidential bid at all costs, Reade has invited the scrutiny of investigative reporters like Rich McHugh (who worked with Ronan Farrow on the Harvey Weinstein story) to dig into her claim Biden sexually assaulted her in 1993.

Thus far, despite the corporate media’s determination to smear her as a crank (just like they did to every one of Bill Clinton’s victims), Reade’s story of Biden penetrating her genitals with his fingers and without her consent has only gained credibility under scrutiny.

In determining whether or not an allegation of this kind is true, for obvious reasons, serious journalists look for contemporaneous evidence. At the time (in this case the middle of 1993), did the alleged victim tell anyone about the incident? Was a complaint filed? Is there any kind of paper trail? Do the known details of the allegation hold up to what we know about the alleged victim and accused at the time?

This is why Christine Blasey Ford’s now-debunked allegations against Brett Kavanaugh fell apart as Democrats and the media (but I repeat myself) tried in vain to derail his Supreme Court confirmation.

Blasey Ford could not even prove she met or knew Kavanaugh in 1983 (or ever), the year she claimed the attempted assault took place. What’s more, her own witnesses — her very own witnesses — either couldn’t remember the house party in question or said it never happened. Additionally, she could produce no one she told at the time. In details large and small, Blasey Ford was proven a liar.

Nevertheless, in its partisan and demonic zeal to destroy Kavanaugh, and in just a few short weeks, CNN produced nearly 700 stories supportive of Blasey Ford, and that does not include the countless hours of airtime devoted to her now-debunked cause.

The total number of stories CNN has produced about Reade’s much more credible allegations against Biden…? One.

One story about Tara Reade — and the story is only about how Democrats are attempting to “grapple” with the inconvenience of the allegation.

But if you want to talk about an inconvenience, how about the fact that CNN itself was sitting on a key piece of evidence that goes a long way towards backing up Reade’s claim?

While speaking to those handful of journalists willing to take her seriously, Reade said she told three people at the time about Biden’s sexual assault. Two of those people confirm Reade told them the harrowing story in 1993; McHugh says the details from Reade and these two people match.

The third person Reade said she told was her mother, Jeanette Altimus. Unfortunately, Altimus passed in 2016. But as proof she told her mother, Reade relayed to reporters an incredible story about her desperate mother calling into CNN’s Larry King Live, sometime in 1993, to seek advice from King’s panel about what to do about her daughter’s problems with a “prominent senator.”

The Intercept, which has been covering the Reade story since the beginning, described it this way:

In interviews with The Intercept, Reade also mentioned that her mother had made a phone call to “Larry King Live” on CNN, during which she made reference to her daughter’s experience on Capitol Hill. Reade told The Intercept that her mother called in asking for advice after Reade, then in her 20s, left Biden’s office. “I remember it being an anonymous call and her saying my daughter was sexually harassed and retaliated against and fired, where can she go for help? I was mortified,” Reade told me.

Reade couldn’t remember the date or the year of the phone call, and King didn’t include the names of callers on his show. I was unable to find the call, but mentioned it in an interview with Katie Halper, the podcast host who first aired Reade’s allegation.

So here’s another critical detail Reade threw out there, another potential piece of evidence that would back up or debunk her allegation… And now that piece of evidence has been found… And incredibly it was not found by CNN.

An everyday person found it after listening to the Halper podcast. Here’s the transcript of that August 1993 Larry King Live call:

CALLER: Yes, hello. I’m wondering what a staffer would do besides go to the press in Washington? My daughter has just left there, after working for a prominent senator, and could not get through with her problems at all, and the only thing she could have done was go to the press, and she chose not to do it out of respect for him.

KING: In other words, she had a story to tell but, out of respect for the person she worked for, she didn’t tell it?

Reade has confirmed that is her mother’s voice and the Intercept has confirmed Reade’s mother was indeed living in San Luis Obispo at the time.

Below is the video, which was first published — not by CNN — but by the media watchdogs at the Media Research Center:

One thought on “Nolte: Someone Else Found CNN’s Evidence Supporting Tara Reade’s Assault Allegation Against Biden”