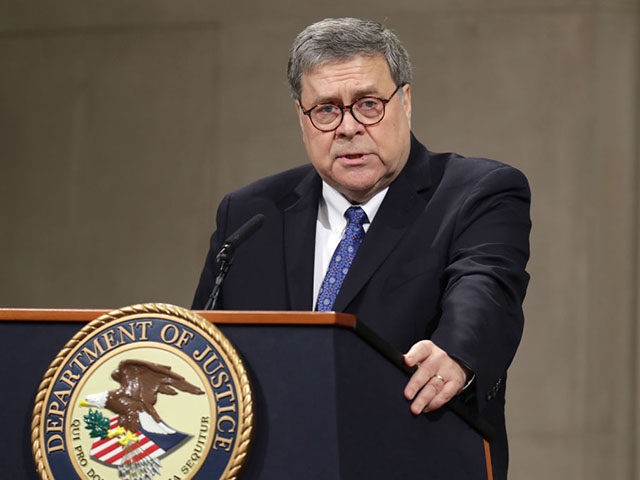 U.S. Attorney General William Barr issued a warning Monday to state and local governments not to infringe on fundamental freedoms and civil rights in their enforcement of coronavirus restrictions, specifically warning against religious discrimination.

In a memorandum to all U.S. attorneys, Barr began by noting that he had previously urged prosecutors to target frauds and scams that exploited the pandemic. Now, he said, there was a new challenge:

I am directing each of our United States Attorneys to also be on the lookout for state and local directives that could be violating the constitutional rights and civil liberties of individual citizens.

As the Department of Justice explained recently in guidance to states and localities taking steps to battle the pandemic, even in times of emergency, when reasonable and temporary restrictions are placed on rights, the First Amendment and federal statutory law prohibit discrimination against religious institutions and religious believers. The legal restrictions on state and local authority are not limited to discrimination against religious institutions and religious believers. For example, the Constitution also forbids, in certain circumstances, discrimination against disfavored speech and undue interference with the national economy. If a state or local ordinance crosses the line from an appropriate exercise of authority to stop the spread of COVID-19 into an overbearing infringement ofconstitutional and statutory protections, the Department of
Justice may have an obligation to address that overreach in federal court.

I am therefore directing the Assistant Attorney General for Civil Rights, Eric Dreiband, and Matthew Schneider; the U.S. Attorney for the Eastern District of Michigan, to oversee and coordinate our efforts to monitor state and local policies and, if necessary, take action to correct them. They should work not only with all Department ofJustice offices and other federal agencies, but with state and local officials as well.

Barr concluded: “[T]he Constitution is not suspended in times of crisis. We must therefore be vigilant to ensure its protections are preserved, at the same time that the public is protected.”

Barr has expressed alarm in recent weeks about overly aggressive coronavirus restrictions. News reports have also documented state and local governments — usually, run by Democrats — that have clamped down on such innovations as “drive-thru” religious services.

The Attorney General has been celebrated by conservatives — and vilified by liberals — for recent lectures, dating to last year, in which he defended religion and religious liberty as “indispensable to sustaining a free system of government.”

Joel B. Pollak is Senior Editor-at-Large at Breitbart News and the host of Breitbart News Sunday on Sirius XM Patriot on Sunday evenings from 7 p.m. to 10 p.m. ET (4 p.m. to 7 p.m. PT). His new book, RED NOVEMBER, is available for pre-order. He is a winner of the 2018 Robert Novak Journalism Alumni Fellowship. Follow him on Twitter at @joelpollak.