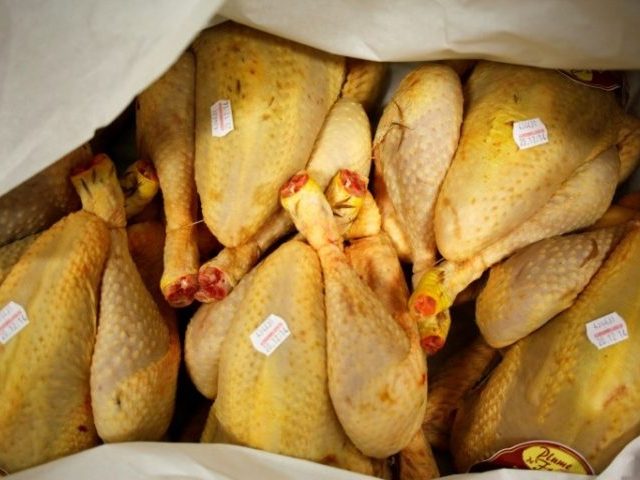 Toilet paper was the first product to disappear from retailers’ shelves at the start of the coronavirus outbreak in the United States, but the nation’s meat and poultry producers warn the strain on the supply chain could result in shortages and cost increases.

Tyson Foods is facing a new set of challenges. In small communities around the country where we employ over 100,000 hard-working men and women, we’re being forced to shutter our doors. This means one thing – the food supply chain is vulnerable. As pork, beef and chicken plants are being forced to close, even for short periods of time, millions of pounds of meat will disappear from the supply chain. As a result, there will be limited supply of our products available in grocery stores until we are able to reopen our facilities that are currently closed.

In addition to meat shortages, this is a serious food waste issue. Farmers across the nation simply will not have anywhere to sell their livestock to be processed, when they could have fed the nation. Millions of animals — chickens, pigs and cattle — will be depopulated because of the closure of our processing facilities.

“During this pandemic, our entire industry is faced with an impossible choice: continue to operate to sustain our nation’s food supply or shutter in an attempt to entirely insulate our employees from risk,” Smithfield Foods, the largest global pork producer owned by the Chinese WH Group, said in a statement on Friday. “It’s an awful choice; it’s not one we wish on anyone.”

“It is impossible to keep protein on tables across America if our nation’s meat plants are not running. Across the animal protein industry, closures can have severe, perhaps disastrous, repercussions up and down the supply chain,” the statement said. “Beyond the implications to our food supply, our entire agricultural community is in jeopardy. Farmers have nowhere to send their animals and could be forced to euthanize livestock, effectively burying food in the ground. We have a stark choice as a nation: we are either going to produce food or not, even in the face of COVID-19.”

Rep. Thomas Massie (R-KY), who is also is a beef rancher, spoke about the food supply chain on SiriusXM’s Breitbart News Sunday with host Joel Pollak.

“I’ll tell you why there will be shortages,” Massie said. “Right now there aren’t shortages because there was a supply of meat that was destined for restaurants, and the demand at the restaurants was curtailed when they were shut down. It’s frozen meat, and [restaurants] are repackaging it and diverting that supply to the grocery stores.”

“That supply is going to run out,” Massie said. “The [meat] pipeline has a crimp in it, and that’s at the processing plants.”

“A significant fraction of our country’s processing plants have shut down due to COVID,” Massie said.