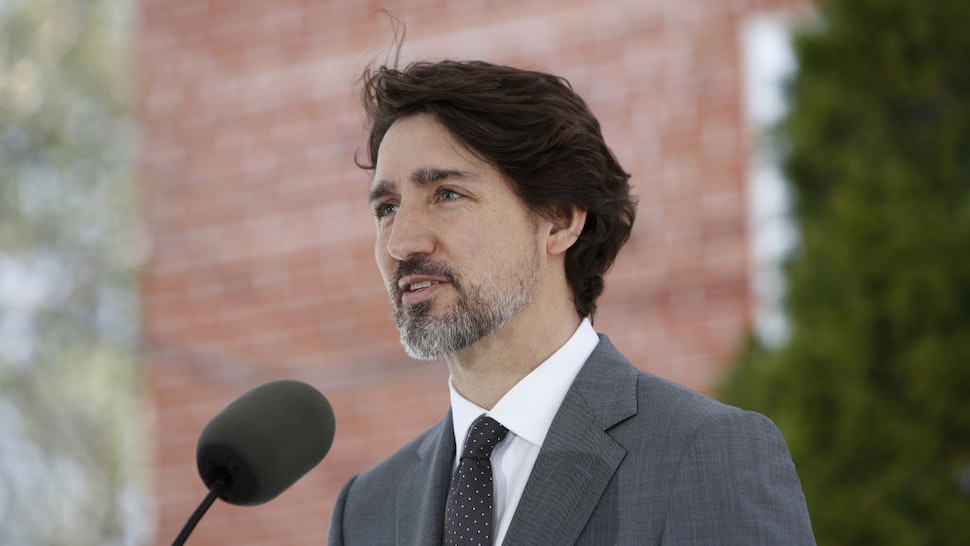 A gunman disguised as a law enforcement officer killed 22 people in the Canadian province of Nova Scotia on April 19. The shooter was armed with two rifles and several handguns, Royal Canadian Mounted Police Superintendent Darren Campbell said according to The Guardian.

“These weapons were designed for one purpose and one purpose only: to kill the largest number of people in the shortest amount of time. There is no use and no place for such weapons in Canada,” Trudeau said. “Effective immediately, it is no longer permitted to buy, sell, transport, import or use military-grade assault weapons in this country.”

Just one of the guns possessed by the shooter could be described as a “military-grade assault weapons,” according to Campbell. Law enforcement also said the new ban would likely not have stopped the shooter from getting the weapons, which he had likely obtained illegally from the United States and Canada.

Trudea said that gun owners would have two years to comply with the new law and that he would push parliament to approve a gun buyback program, a form of gun confiscation, to remove weapons outlawed under the law from Canadian society, according to Vice.

Canada’s opposition party, led by MP Andrew Scheer, slammed the prime minister, accusing him of using a tragedy to support his agenda of gun control.

“Justin Trudeau is using the current pandemic and the immediate emotion of the horrific attack in Nova Scotia to push the Liberals’ ideological agenda to make major firearms policy changes. That is wrong,” Scheer said in a statement.

The Conservative leader said that Trudeau was attempting to override Parliaments authority with unilateral executive action, and the prime minister should wait until the current pandemic is dealt with and the RMCP has completed its investigation into the shooting before more action is taken.

“As the RCMP has made clear, the NS shooter did not have a firearms license, so all of his guns were illegal. Taking firearms away from law-abiding citizens does nothing to stop dangerous criminals who obtain their guns illegally,” Scheer said.

Trudeau is using the current pandemic and the horrific attack in Nova Scotia to push his ideological agenda and make major firearms policy changes. That is wrong. The majority of gun crimes are committed with illegally obtained firearms. Nothing he announced addresses this. pic.twitter.com/iolFcLWjwZ

Trudeau has led the Liberal party pushing for tougher gun restriction since his first campaign for prime minister in 2015. Then, he promised to enact tougher restrictions on what type of firearms are legal to own. In the most recent election in 2019, Trudeau escalated his rhetoric and promised to ban “military-style assault weapons.”

“As long as Canadians are losing their loved ones to gun violence, not enough has changed,” Trudeau said in September. “We know you do not need a military-grade assault weapon, one designed to kill the largest amount of people in the shortest amount of time, to take down a deer.”