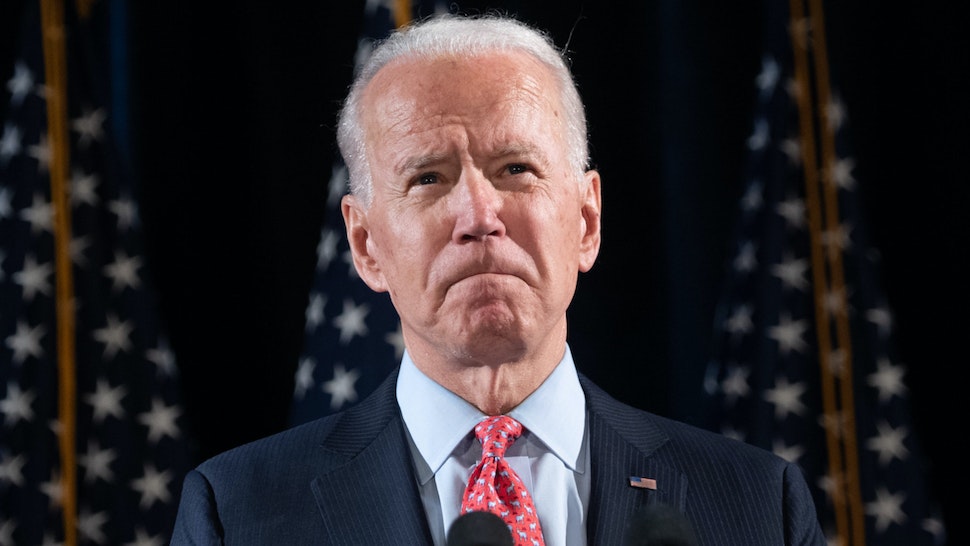 The piece states that Reade’s alleged report to the congressional personnel office “did not explicitly accuse [Biden] of sexual assault or harassment.”

During an interview with the Associated Press on Friday, Reade reportedly said: “I remember talking about him wanting me to serve drinks because he liked my legs and thought I was pretty and it made me uncomfortable. … I know that I was too scared to write about the sexual assault.”

Reade said she described her issues with Biden but “the main word I used – and I know I didn’t use sexual harassment – I used ‘uncomfortable.’ And I remember ‘retaliation.’”

The article goes on to note an interview it conducted last year with Reade when she came forward to accuse Biden of inappropriate behavior: “Reade says she was reluctant to share details of the assault during her initial conversations with reporters over a year ago because she was scared of backlash, and was still coming to terms with what happened to her.”

The Associated Press also put out a tweet with the story, which reads: “Tara Reade says a Senate report she filed against Joe Biden didn’t refer to sexual harassment or assault.”

In response to the tweet, Reade sent out the following:

The Daily Wire reached out to Reade for clarification, but we have not received a reply as of publication. However, in the hours after Reade’s tweet went live, the Associated Press changed the title of the article to: “Reade: ‘I didn’t use sexual harassment’ in Biden complaint.”

At the bottom of the newly-titled piece, an editor’s note states: “The headline of this story was changed for clarity and to incorporate a direct quote from Reade.”

While it’s difficult to know without direct clarification what Reade was referring to when she sent out her tweet, it’s possible that she was troubled by the phrasing of the headline and tweet from the Associated Press, the language of which was vague in such a way as to potentially convey the idea that Reade didn’t actually accuse Biden of harassment or assault.

However, though Reade might not have used the words “harassment” or “assault” in her alleged complaint, what she described as Biden’s behavior during her interview with the Associated Press could be interpreted as harassment without the direct usage of the word itself.

As of publication, the AP Politics Twitter account hasn’t deleted the tweet, which still displays the original title of the piece, as well as the caption. The tweet has approximately 1,200 “likes,” and has been retweeted more than 760 times.