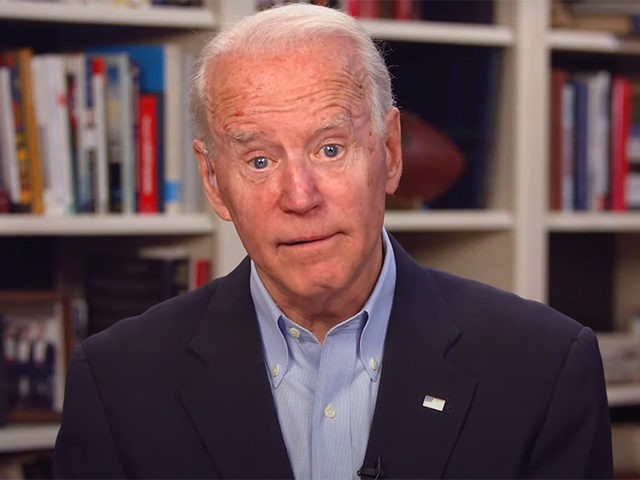 The New York Times published an op-ed Sunday evening arguing that Democrats should dump former Vice President Joe Biden as their candidate because of the potential damage of Tara Reade’s allegations against him.

Reade has accused Biden of sexually assaulting her in a Senate hallway in 1993; Biden denies the allegations.

In the op-ed, titled “Democrats, It’s Time to Consider a Plan B,” Elizabeth Bruenig argues:

I have my own impressions regarding Ms. Reade’s allegations, but no one — save Ms. Reade and Mr. Biden — knows with certainty whether her claims are true. What I can assert with firm conviction is that Democrats ought to start considering a backup plan for 2020.

Ms. Reade’s account is not nearly as incredible as some have argued. In the course of my reporting, I have worked closely with many survivors of sexual assault. It isn’t unusual, in my experience, for survivors to exhibit behavior that seems unstable or erratic to others. They may initially disclose to investigators or journalists only a fragment of what happened, and then reveal more over time — some even falsely recant, either because they sense the police don’t believe them, or because they fear the consequences of pressing their claims. And victims often maintain relationships with their attackers or harbor mixed feelings about them.

Believing women, that oft-rehearsed exhortation, must mean taking action if it’s to mean anything. A thorough and fully transparent investigation is critical, but nothing produced by any inquiry will entirely settle the question. It is still possible — if not likely — that all of this will simply fade away, and that Mr. Biden will continue his campaign without ever submitting to a full accounting, precisely the sort of thing #MeToo was meant to prevent.

But it is also possible that this won’t just go away, and that it will demoralize voters and place Mr. Biden at a disadvantage against Mr. Trump in the general election, despite the fact that Mr. Trump has a damning list of accusers alleging sexual offenses. For a candidate mainly favored for his presumed electability and the perception of empathy and decency, that’s a serious liability. To preserve the strides made on behalf of victims of sexual assault in the era of #MeToo, and to maximize their chances in November, Democrats need to begin formulating an alternative strategy for 2020 — one that does not include Mr. Biden.