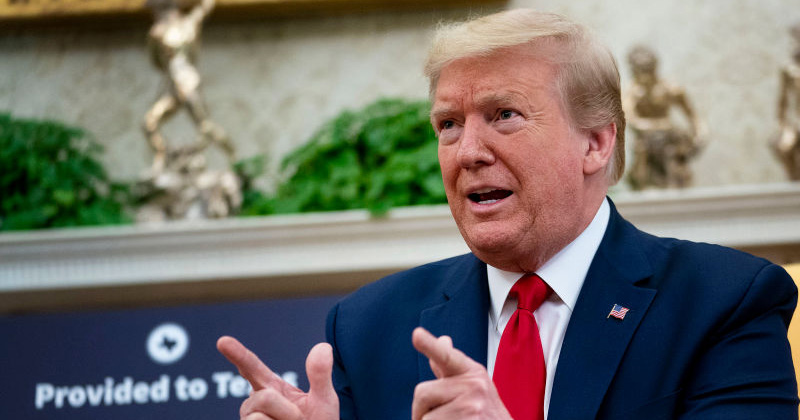 As the Justice Department drops all charges against the former White House adviser, many are hoping the final chapter on Russiagate is closed. However, as the probe against Trump rivals wraps up, the saga is just beginning.

May 7 may go down in the American history books as the day when Donald Trump began to turn the tide against his Democrat opponents and their relentless efforts to have him removed from office. That was the day when the Justice Department declared there was no “legitimate investigative basis” for FBI agents to interview Gen. Michael Flynn over his contacts with Russian diplomats, coming as they did at a time when the lame-duck Obama administration was sabotaging US-Russia relations on its way out the door.

Incidentally, Thursday was notable for another bit of news as well. The House Intelligence Committee released its Russiagate interviews, in which the former director of national intelligence, James Clapper, admitted he “never saw any direct empirical evidence that the Trump campaign…was plotting/conspiring with the Russians to meddle with the election.”

Among Trump’s circle of colleagues brought down in the Democrats’ big-game hunting expedition, such as former campaign adviser Roger Stone and businessman Paul Manafort, Michael Flynn was by far the most prized trophy. In hindsight, Trump may have believed that, by firing Flynn just days into his job, the Russia-collusion story would just magically disappear as the Democrats gave up the hunt. If that was the plan, it backfired in spectacular fashion: the Democrats sensed blood and doubled down on their impeachment efforts.

What came next was a three-year political witch hunt against Trump that was never seriously challenged by the predominantly left-leaning mainstream media – even after the US$30 million Mueller probe finally put the conspiracy theory to bed. Today, although the media headlines conceal it, the narrative is slowly beginning to swing in Trump’s favor, as Flynn’s release strongly suggests.

As I discussed in a recent column, many Americans are blissfully ignorant of the fact that, back in May 2019, Trump launched an investigation into the origins of Russiagate. Tracking the scandal leads one into a labyrinthine rabbit hole of intrigue, where it is believed that the Obama-led FBI misled the Foreign Intelligence Surveillance Act court to spy on the Trump campaign. The potential list of individuals who may eventually be forced to testify for their actions extends to the highest echelons of the Democratic Party. And that would include even ‘untouchables,’ such as former president Barack Obama and his secretary of state, Hillary Clinton. In fact, it is not beyond the realms of possibility that has-been politicians like Joe Biden and Hillary Clinton are still being considered as presidential material simply to escape prosecution.

For anyone who doubts the severity of the possible charges would do well to consider recent comments by Attorney General William Barr. In an interview last month with Fox News, Barr said the FBI counterintelligence against Trump served to “sabotage the presidency…without any basis.” That is about as close to the legal definition of sedition as one can get, and I am sure there are many powerful people who have arrived at the same conclusion.

It should be remembered that Donald Trump was voted into office largely because of his pledge to “drain the swamp.” In other words, the Manhattan real-estate developer turned rabble-rousing populist had a very negative attitude about the career politicians who make up Washington, DC long before he entered the Oval Office. Now, after being hounded and harassed for the entirety of his first term, while watching colleagues such as Michael Flynn, Roger Stone and Paul Manafort have their lives and careers senselessly upended, Trump may be expected to take full advantage of Flynn’s exoneration to make those responsible pay a hefty legal penalty. If ever there were a time for such a move, now would certainly be it.

Exactly what the charges against the architects of Russiagate will be, if there are any, will probably be revealed in the next days and weeks, when William Barr and his assistant, John Durham, are expected to make the findings of their year-long investigation public.

I am guessing we have not heard the end of the Russiagate drama yet with the freeing of Michael Flynn, but, instead, are heading into Part II. Fasten your seatbelts – things could get interesting.

The de-evolution of healthcare in the western world.