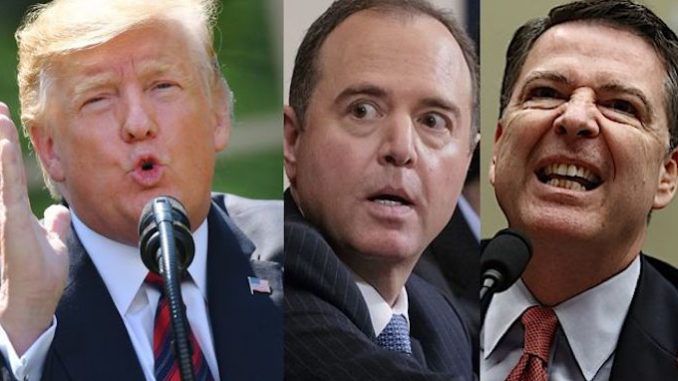 President Trump has warned “crooked politicians” and “dirty cops” within the FBI that they are going to “pay a big price” for pushing the Russia collusion hoax against him.

Speaking Friday on “Fox & friends,” the president slammed the Deep State crooks behind the Russia probe.

The interview comes a day after bombshell transcripts were released showing that top Obama officials admitted there was no “direct” evidence of collusion between the Trump campaign and Moscow.

“It was a very dangerous situation what they did,” Trump said.

“These are dirty politicians and dirty cops and some horrible people and hopefully they’re going to pay a big price in the not too distant future.”