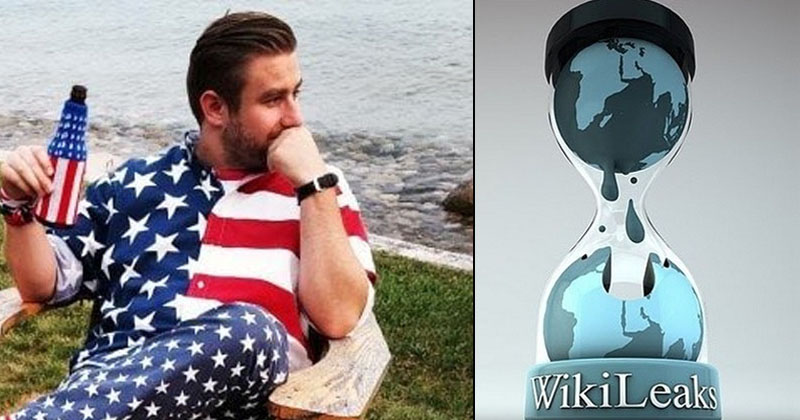 The National Security Agency is in possession of at least some communications between murdered DNC staffer Seth Rich and WikiLeaks, according to lawyer Ty Clevenger.

In a letter to Rick Grenell, the acting Director of National Intelligence sent Thursday, Clevenger explained how the FBI lied to him about possessing documents related to Rich while he was seeking FOIA documents about FBI agent Peter Strzok, one of the “Russian collusion” lead operatives.

“I am reliably informed that the NSA or its partners intercepted at least some of the communications between Mr. Rich and Wikileaks. Before elaborating on that, however, I should first note the extent to which the “deep state” has already tried to cover up information about Mr. Rich,” Clevenger wrote.

“In an October 9, 2018 affidavit submitted in a Freedom of Information Act lawsuit, FBI section chief David M. Hardy testified that (1) the FBI did not investigate any matters pertaining to Mr. Rich, and (2) the FBI was unable to locate any records about Mr. Rich. Both claims were unequivocally false.”

Clevenger went on to say that several high-ranking FBI and NSA have seen the correspondence between Rich and WikiLeaks firsthand.

“In a recorded telephone conversation with my client, famed journalist Seymour “Sy” Hersh claimed that he spoke with a high-ranking FBI official who confirmed the existence of email communications between Mr. Rich and Wikileaks. My client separately spoke with another federal official who said he had seen the emails between Mr. Rich and Wikileaks,” he wrote.

“Now, back to the NSA. Former NSA officials Bill Binney, Ed Loomis, and Kirk Wiebe are prepared to testify that the DNC emails published by Wikileaks could not have been obtained via hacking,” he continued.

“Markings on the published emails –including the speeds at which the email files were transmitted – exclude the possibility of hacking. Instead, someone must have downloaded the files onto a thumb drive or something similar. Furthermore, the NSA or its Five Eyes partners in London would have intercepted any communications between Mr. Rich and WikiLeaks.”

This comes as 57 transcripts held up by House Intelligence Committee chairman Adam Schiff (D-Calif.) were finally released last week, one of which revealing that Crowdstrike, the cybersecurity company the DNC tasked with examining its server to determine how internal emails got leaked to the public, never saw concrete evidence proving Russia “exfiltrated” the DNC servers.

Notably, special counsel Robert Mueller, who “investigated” the “Russian collusion” narrative for over two years, made no attempt to interview WikiLeaks founder Julian Assange to determine who leaked the DNC emails to him, and has claimed that Rich played no role in the leaks.