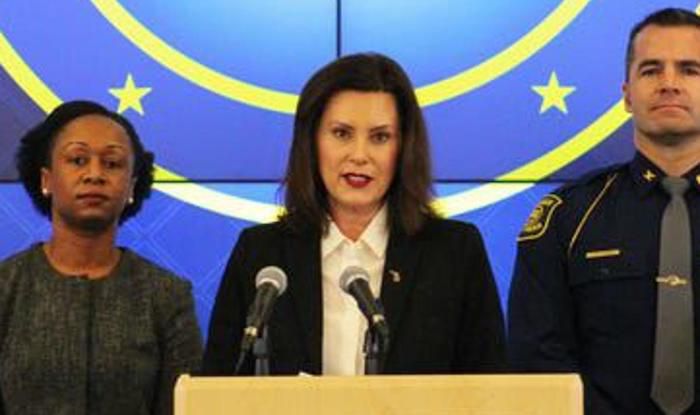 Michigan state police are “monitoring all of the conversations” of Americans protestors planning to descend on the capitol this Thursday, Gov. Gretchen Whitmer boasted to reporters.

Whitmer was first asked about what “proof” she has that protestors had spread the virus around the state after previous demonstrations.

“I saw one report— I don’t have proof. I’m not following everybody home and taking their temperatures and watching them for two weeks,” she said.

Whitmer then claimed to see a lot of activists “touching each other” at protests.

She said a group analyzed cell phone data and concluded that it “translates to where we’re seeing hot spots in rural parts of Michigan.”

“I don’t know the group, I’ve not vetted the data, I can’t vouch for it,” she continued.

Breitbart.com reports: Whitmer was then asked if she “wants to see” the Michigan State Police ticket protesters who are violating social distancing orders.

“I think the Michigan State Police is monitoring all of the conversations around this event tomorrow – that they are prepared and are working with the attorney general,” she said.

She said they are prepared to ticket protesters “if there’s reason to do it.”

“I’m hopeful they don’t have reason to,” Whitmer said.