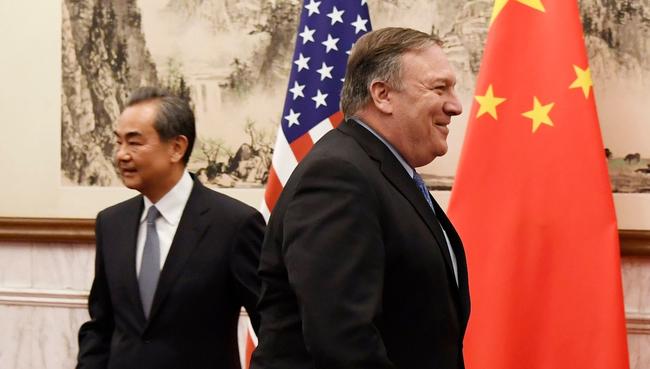 China’s Ambassador to Israel, Du Wei, who launched an astonishing attack on US Secretary of State Mike Pompeo on Friday, has been found dead in his apartment north of Tel Aviv, according to Israeli reports.

The official said Israeli police had launched an investigation but initial findings suggested no foul play in the death of the healthy 57-year-old.

Mr Du was only appointed ambassador in February having previously served as envoy to Ukraine. He was married and had a son but his family had yet to join him in Israel.

On Friday, his embassy made a scathing attack on US Secretary of State Mike Pompeo who had criticised China’s handling of the coronavirus pandemic on a visit to Israel.

In a response published in the Jerusalem Post, the embassy condemned Mr Pompeo’s “absurd comments”, denying that China had ever covered up the crisis.

BBC report: An Israeli police spokesman told Reuters news agency: “As part of the regular procedure, police units are at the scene.”

There was no immediate comment on Mr Du’s death from Chinese officials.

In a message published on the embassy’s website just after his appointment as ambassador, Mr Du praised the relations between “the second largest economy in the world and Israel the start-up nation”.

When he arrived in Israel on 15 February, Mr Du had immediately to self-isolate for two weeks because of coronavirus restrictions.

In an interview with Israeli newspaper Makor Rishon last month, Mr Du said China was being made the world’s scapegoat.

“In history, more than once, a certain group of people was accused of spreading pandemics,” he said.

“That is despicable and should be condemned. The disease is an enemy of the entire humankind and the world should fight it together.”