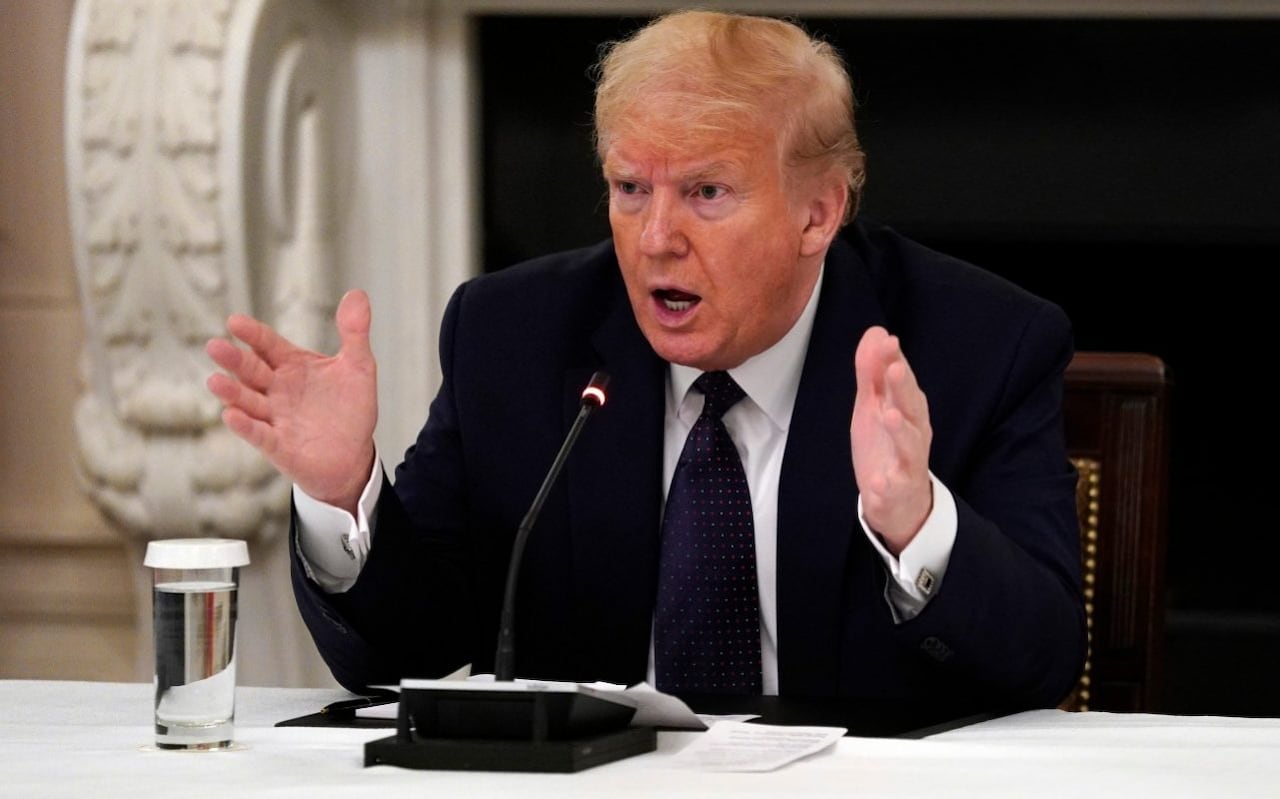 President Donald Trump on Monday confirmed at the White House that he was taking hydroxychloroquine and zinc as preventatives against the coronavirus.

“I happen to be taking it. I’m taking it. Hydroxychloroquine. Right now, yeah,” he said.

Trump said that he had been taking the medicine for about a week and a half.

“I’m taking the two, the zinc and the hydroxy, and all I can tell you is, so far I seem to be ok,” Trump said.

He said that a doctor and many others had sent him positive letters about the effectiveness of the drug.

“I’ve heard a lot of good stories and if it is not good, I will tell you right,” he said. “I’m not going to get hurt by it.”

The president spoke to reporters about the drug on Monday afternoon at a White House roundtable with restaurant owners.

“I’m still here,” he said, saying that he had “zero symptoms” from the drug or the virus.

The president said that he consulted with the White House doctor before taking it, who said it would be all right to take it if he wanted.

He said that he would not profit from any use of the drug, but wanted the country to know that it was fine to take.

“I want the people of this nation to feel good, I don’t want them being sick and there’s a very good chance that this has an impact, especially early on,” Trump said.

Corporate news outlets and many public health experts have criticized the president for weeks for talking about the drug as a cure for the virus. But the president appeared optimistic about its effects.

“There’s a very good chance that this has an impact, especially early on,” Trump said.

He said that even doctors and nurses were taking hydroxychloroquine as a preventative measure.