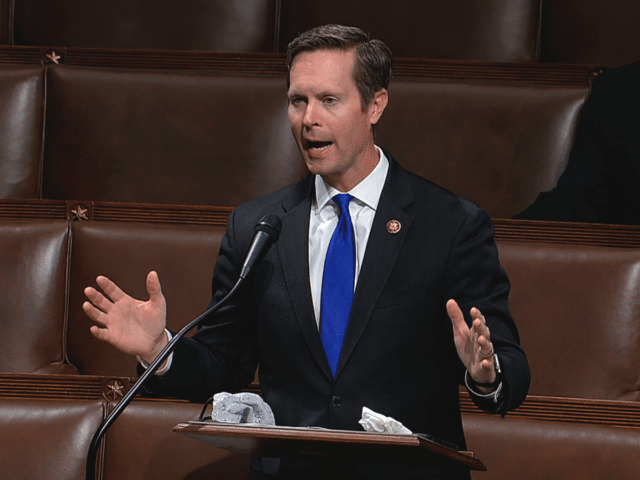 Rep. Rodney Davis (R-IL), ranking member of the Committee on House Administration, introduced a bill last week to ban the practice of “ballot harvesting,” which allows anyone to deliver unlimited numbers of mail-in ballots on others’ behalf.

The practice, legalized by Democrats in California in 2016, is banned in most of the rest of the country, except for immediate family members. It is also unknown in the rest of the world, because of its high susceptibility to fraud.

In 2018, California Democrats used “ballot harvesting” as part of a successful effort to flip seven Republican-held seats. Hundreds of thousands of ballots were dropped off by Democratic Party operatives. Republicans have been unable to do the same because Republican voters apparently do not part with their ballots as easily as Democrats.

(5) in North Carolina, a congressional election was invalidated due to fraud associated with ballot harvesting committed by a political operative, and it is unlikely such activity would have been detected were it not for the prohibition against ballot harvesting in the State; and

(6) ballot harvesting invites electioneering activity at home and creates the possibility of undue influence over voters by political operatives.

The bill would prevent states that allow ballot harvesting from receiving federal funds through the Election Assistance Commission (EAC). The only people who would be allowed to deliver other people’s ballots would be election officials; U.S. Postal Service employees and officials authorized to deliver the mail; and a “family member, household member, or caregiver of the person to whom the ballot was mailed.”

In a statement, Davis said:

We cannot allow politics to interfere with the integrity of our electoral process. Ballot harvesting, in the way House Democrats are trying to nationalize, allows any individual to pick up any voter’s ballot for any reason and deliver it to the polling location, completely unchecked. This ‘pandemic relief’ bill from House Democrats would actually jeopardize public health by allowing ‘ballot brokers’ to go door to door with a blatant disregard for social distancing guidelines. Not to mention, allowing political operatives to pick up ballots is unnecessary when mail ballots already have pre-paid postage.

Speaker of the House Nancy Pelosi (D-CA) has included nationwide ballot harvesting in every coronavirus relief bill she has proposed. None has become law.

Joel B. Pollak is Senior Editor-at-Large at Breitbart News and the host of Breitbart News Sunday on Sirius XM Patriot on Sunday evenings from 7 p.m. to 10 p.m. ET (4 p.m. to 7 p.m. PT). His new book, RED NOVEMBER, is available for pre-order. He is a winner of the 2018 Robert Novak Journalism Alumni Fellowship. Follow him on Twitter at @joelpollak.