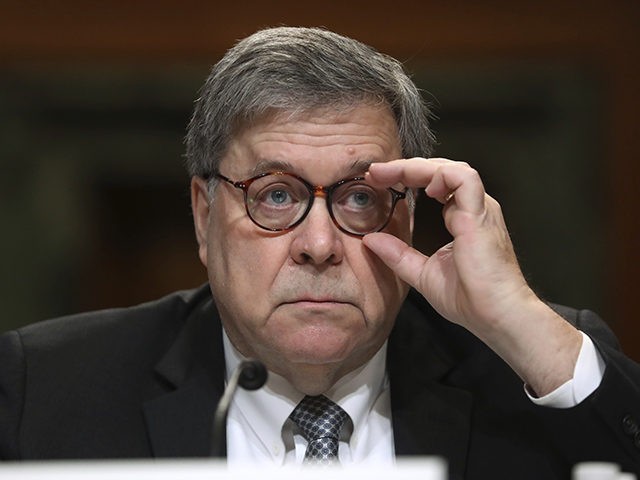 The Civil Rights Division of the U.S. Department of Justice (DOJ) warned California Gov. Gavin Newsom Tuesday that his reopening plan discriminates against religion and must be modified to allow for religious services to reopen.

Assistant Attorney General Eric Dreiband pointed out that Newsom’s plan allows a variety of businesses to reopen in “Stage 2,” but does not allow churches and other houses of worship to reopen until “Stage 3,” for no apparent reason.

Citing Attorney General William Barr’s April memorandum warning state and local governments to respect First Amendment rights of religious freedom — “[T]he Constitution is not suspended in times of crisis,” Barr wrote — Dreiband argued that while California could determine the pace of its reopening, it could not infringe on religion:

Of course we recognize the duty that you have to protect the health and safety of Californians in the face of a pandemic that is unprecedented in our lifetimes.

Laws that do not treat religious activities equally with comparable nonreligious activities are subject to heightened scrutiny under the Free Exercise Clause of the First Amendment. … Religious gatherings may not be singled out for unequal treatment compared to other nonreligious gatherings that have the same effect on the government’s public health interest, absent the most compelling reasons.

California has not shown why interactions in offices and studios of the entertainment industry, and in-person operations to facilitate nonessential ecommerce, are included on the [essential workforce] list as being allowed with social distancing where telework is not practical, while gatherings with social distancing for purposes of religious worship are forbidden, regardless of whether remote worship is practical or not.

Places of worship are not permitted to hold religious worship services until Stage 3. However, in Stage 2, schools, restaurants, factories, offices, shopping malls, swap meets, and others are permitted to operate with social distancing.

Whatever level of restrictions you adopt, these civil rights protections mandate equal treatment of persons and activities of a secular and religious nature.

Dreiband told Breitbart News Sunday recently that the DOJ had achieved results by writing to local governments to inform them that they were infringing on religious liberty, and they had backed down from draconian restrictions.

The Los Angeles Times notes that while several California churches have already challenged the state’s stay-at-home orders, none has yet been successful. Dreiband acknowledged these decisions, but argued in his letter that the decisions do not address discrimination in the reopening plan.

Politico noted that Gov. Newsom has tried to mollify religious communities: “I want to just express my deep admiration to the faith community and the need and desire to know when their congregants can once again start coming back to the pews, coming back together,” he said Monday.

One thought on “DOJ to Gavin Newsom: Start Reopening Churches in California”