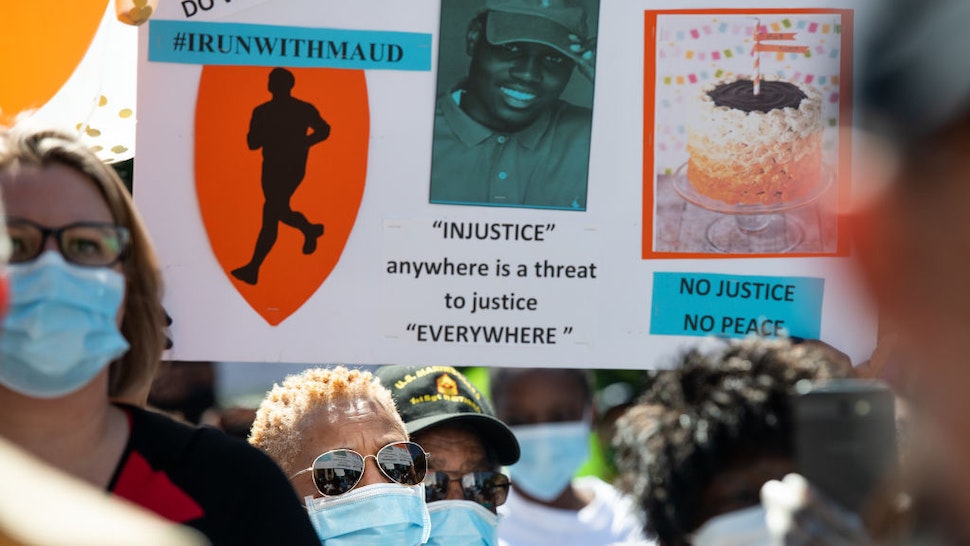 Gregory McMichael, the retired investigator who has been charged along with his son in the shooting death of Ahmaud Arbery, reportedly asked a local attorney to leak the video that sparked public outrage and revived the case, ultimately leading to the arrest of McMichael and his son.

“In a stunning twist to a story that drew worldwide attention, Channel 2 Action News has confirmed that the man who leaked the viral video of the shooting of an unarmed black jogger in south Georgia is one of the murder suspects,” Atlanta’s WSB-TV reported Friday.

“Channel 2 investigative reporter Mark Winne has confirmed that Greg McMichael leaked the video to a radio station, starting the avalanche of attention that landed him in jail on murder charges with his son,” the outlet reported. “Brunswick attorney Alan Tucker says Greg McMichael wanted to clear up some rumors circulating in the community and he had no idea the video would spark global outrage.”

According to Tucker, McMichael brought the video – filmed from another vehicle behind the McMichaels’ – as well as other videos to his office in Brunswick and asked as a friend, not as a client, for help downloading the video so it could be delivered to a Brunswick radio station talk show host.

“[Greg] wanted the public to know the truth,” said Tucker, as reported by NBC News Saturday. “That he and his son were not white supremacists driving in a pick-up truck with a confederate flag in the back who shot a black man in the back because he was jogging in a white neighborhood. He hoped the public would see them trying to make a citizen’s arrest on a young man that was running from a home under construction – that he had been seen in at night on several occasions while he plundered around on the owner’s security camera.”

Tucker agreed to release the video, saying he likewise hoped it would prevent racial tensions in the community from escalating. “I didn’t want the neighborhood to become a Ferguson,” Tucker said, referencing the massive social unrest that followed the officer-involved shooting of African American Michael Brown.

As The New York Post puts it, “the ease-tensions strategy backfired monumentally.” The video quickly went viral and sparked outrage – not just in the community but nationally.

Ultimately, McMichael, 64, and his son Travis, 34, were arrested and charged with murder and aggravated assault in the shooting of Ahmaud, 25. They are both currently in jail with plans to request release on bond.

One of Greg McMichael’s attorneys, Frank Hogue, publicly addressed the case in a press conference at the end of the week. “The truth will reveal that this is not just another act of violent racism,” said Hogue. “Greg McMichael did not commit murder.”

Meanwhile, an attorney for Larry English, the owner of the construction site where surveillance footage shows Arbery moments before the shooting, has presented a text message to English from a Glynn County police officer in December 2019 in which the officer directs English to call Greg McMichael “day or night” if he sees anyone trespassing on his surveillance cameras.

“Your neighbor at [redacted address] is Greg McMichael,” the text reads. “Greg is retired Law Enforcement and also a Retired Investigator from the DA’s office. He said please call him day or night when you get action on your camera. His number is [redacted number].”

One thought on “‘Stunning Twist’: Man Charged In Ahmaud Arbery Shooting Leaked The Viral Video, ‘Wanted The Public To Know The Truth’”