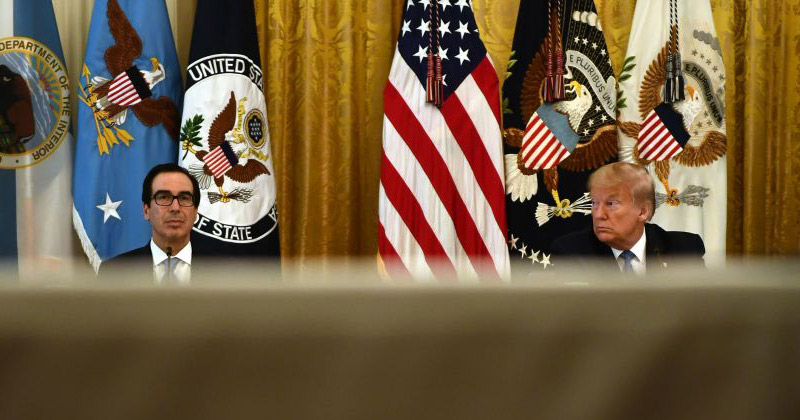 The change in policy comes after many workers rejected pleas from business owners to come back to their jobs because they were making more money from federal unemployment.

“If you offer a person a job… and that person does not take the job… then that person would not be allowed to get unemployment,” Mnuchin said Tuesday.

According to Fox News:

Mnuchin said that companies receiving benefits under the Payroll Protection Program who are inviting employees who had been laid off or furloughed due to the coronavirus crisis to return to work should plan to notify state unemployment offices of their offers.

If the employee, in turn, turns down the job, they would then be considered ineligible to receive expanded unemployment benefits.

The CARES Act, passed by Congress in March, awarded an extra $600 weekly for four months to those who had lost their jobs during the coronavirus chaos.

This, of course, created an incentive for many to not go back to work since they were now getting paid more money by the government to stay at home.

Case in point, a Washington state Salon owner said her employees were angry at her for offering them their jobs back after she got funded by the Payroll Protection Program.

The $600 weekly provision added money “to the typical weekly benefits paid by one’s state,” CNBC reported. “Those traditional benefits, which vary widely between states, replaced about 40% of one’s prior wages.”

“The measure’s improved $600-a-week payments, which run through July, aim to boost that wage replacement rate to 100% for the average worker. But some, especially lower-wage workers, can come out ahead.”

Global tyranny has arrived in 2020.