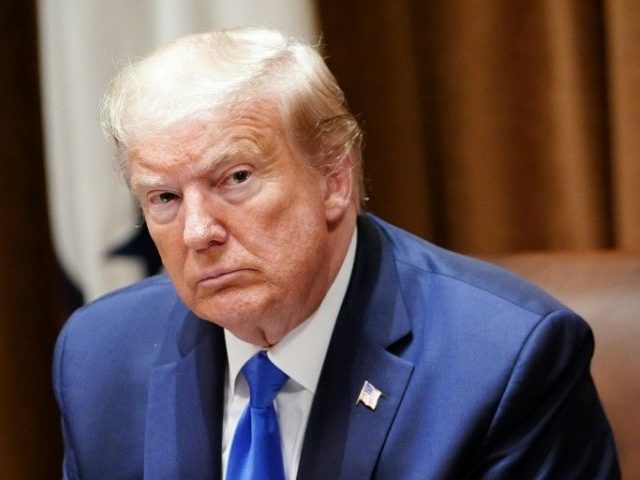 The administration may impose sanctions on more countries that refuse to accept their repatriated migrants, including Chinese and Indian migrants, said officials.

The internal debate comes as the Department of Homeland Security (DHS) is successfully flying many blue-collar migrants back home, so avoiding a risky and hazardous buildup of migrants in U.S. detention centers, say agency officials.

The repatriation flights minimize the number of migrants in U.S. detention centers, and so minimize the spread of China’s Wuhan virus throughout U.S. border agencies, DHS officials said.

This challenge with the Chinese as well as the Indians predates this current [coronavirus] crisis, but I think it highlights the importance of preparing folks to [go back to] their home country. So we’re again, maybe, maybe in the vein of a sneak peek, but certainly across the board and then specific to some of these countries that we’ve had challenges with, we’re looking at options, including visa sanctions options.

Since October 2019, at least 4,826 Chinese and 3,587 Indians have faced deportation charges, according to TRAC Reports, Inc. They comprise a small but fast-growing share of the nation’s illegal alien population, and of the 312,720 deportation case since October.

On April 20, President Donald Trump threatened sanctions on countries that refuse to take back their deported migrants:

Countries that deny or unreasonably delay the acceptance of their citizens, subjects, nationals, or residents from the United States during the ongoing pandemic caused by SARS-CoV-2 create unacceptable public health risks for Americans.  The United States must be able to effectuate the repatriation of foreign nationals who violate the laws of the United States.

Since 2017, White House sanctions have gradually reduced the number of countries that block repatriations, according to a report from the Congressional Research Service:

In September 2017, DHS imposed visa sanctions under INA §243(d) on four countries: Cambodia, Eritrea, Guinea, and Sierra Leone. In a press release, DHS maintained that these countries had failed to establish reliable processes for issuing travel documents to their nationals ordered removed. As a result, DHS reported that it had been forced to release into the United States 2,137 Guineans and 831 Sierra Leoneans with final orders of removal, many with serious criminal convictions. DHS also reported that some 700 Eritrean nationals and 1,900 Cambodian nationals with final orders of removal—some with serious criminal convictions—were residing in the United States.

The countries that do not quickly accept the return of migrants are called “recalcitrant” or “at risk of non-compliance” countries. The “recalcitrant” list includes China, Iran, Vietnam, and Pakistan.

India has sometimes resisted the return of its migrants, but it has accepted the return of migrants from the United States. The Indian Economic Times reported on one deportation operation in November 2019.

In 2001, the Supreme Court directed the government to release nearly all illegal migrants — including violent criminals — if their home countries do not accept their return.

The issue was spotlighted mid-May because President Donald Trump directed his agencies to provide options for curbing the many visa programs that cut Americans out of white-collar careers.

These visa programs include the H-1B, the Optional Practical Training, and the J-1 “Research Scholar” programs, which provide a flood of cheap Chinese workers for universities and research centers.

In mid-May, Pompeo downplayed the promise of curbs on the J-1 program. “This is not about good Chinese people working on commercial projects,” he told Breitbart News. “We find that acceptable.”

University groups also pushed White House officials to help foreign youths enroll in U.S. universities amid the epidemic, says a May 15 report in the Chronicle of Higher Education:

Campus leaders asked that consulates and embassies prioritize international student visas when they reopened. They also urged flexibility on policies that required international students to take a certain number of credits in person, [one person] said, adding that White House officials were “very receptive” on that topic.

But Pompeo’s department has tightened oversight over Indians’ L-1 visas since March 2020.

Business and non-profit groups employ roughly 270,000 visa workers from China and at least 750,000 from India. Companies are actively lobbying the White House to preserve the flow of visa workers who help investors suppress salaries for millions of American college graduates.

Yet amid growing concern about the faltering U.S. science sector, U.S. officials are cracking down on Chinese scientific espionage, much of which is conducted by Chinese lab workers. The espionage is also conducted via the “Thousand Talents” program.

A variety of white-collar groups have emerged to oppose the displacement of American graduates by visa workers from China, India, and elsewhere. They include the American Workers Coalition and the U.S. Tech Workers.