If you’re a regular on Twitter or other social media platforms, you’ve likely witnessed the unnerving yet growing phenomenon called “cancel culture.”

Cancel culture refers to the collective online attack by often anonymous people on a particular person’s job status and platform or a particular company’s sales, based on that person or organization’s perceived wrongdoing. The cancel culture mob uses tactics such as group shaming and calls for boycotting to get entities to bend to its will.

The “offenses” that have triggered these online takedowns swing broadly from condemning an actress for accepting roles that don’t align with her race or gender, to punishing a business entity for supporting a sitting president, to operating a southern homestyle restaurant chain that, allegedly, “smells” and “feels” racist.

Cancel culture’s weaponized use of social media has become so unduly punishing that even politicians with opposing ideologies—Barack Obama and Donald Trump—agree in denouncing its practice.

Acting as judge, jury, and executioner, the cancel culture cyberbullies pressure entities into conforming with the opinions du jour, which tend to be secular and left-leaning. At the expense of the free exchange of ideas, the online mob muscles people and businesses into agreeing to promote popular social norms, or risk online assaults and the mass withdrawal of support. 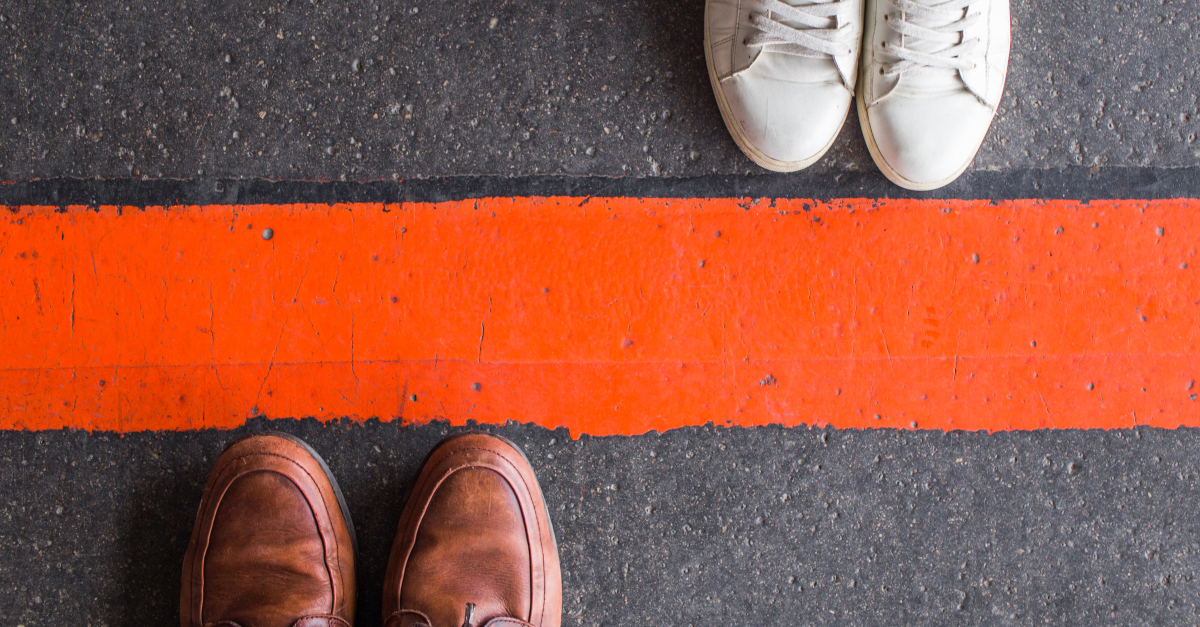 Satan Attacks Humanity by Turning Us Against God—and Each Other

The Bible warns us that Satan is the “father of lies” (John 8:44 ESV) and the “accuser” of mankind (Revelation 12:10). The word “devil” itself derives from the Greek word diabolos, meaning someone who falsely accuses or condemns for the purpose of severing relationships.

Scripture tells us that God’s law is eternal and just, standing firm throughout time (Psalm 33:11; Isaiah 30:18). In stark contrast, what’s “right” by society’s standards is and always has been fluid, changing with the times and with those who hold political and cultural sway.

Today, the division inherent in cancel culture’s nullification of anyone who doesn’t uphold popular norms plays right into what Satan wants for the human race—to turn us against each other so that we will, thereafter, turn against God.

Satan Seeks to Divide and Devour

Satan has sought to divide God’s Creation since his fall from Heaven when he took a third of the angels with him (Revelation 12:4-9). Unable to directly retaliate against God, Satan instead turned his sights on God’s children, tempting our first parents into disobeying God in the Garden of Eden (Genesis 3:1-6). This act of disobedience not only strained humanity’s relationship with God, but caused the first humans to turn against each other when Adam blamed Eve for giving him the forbidden fruit to eat (Genesis 3:12).

It’s no wonder that in describing the devil’s attempts to unravel God’s Kingdom, the Apostle Peter depicts Satan as a “roaring lion” that “prowls around…looking for someone to devour” (1 Peter 5:8).

One way that the Devil “devours” our relationship with God and with each other is by tricking us into believing that what is right and wrong is relative. In other words, there is no absolute standard of right or wrong, but only what a particular society within a particular point in time deems to be right or wrong.

Satan wants nothing more than for each of us to act as our own individual gods, casting stones at each other based on our own moral code and denying the authority and commandments of the only God of the Universe. 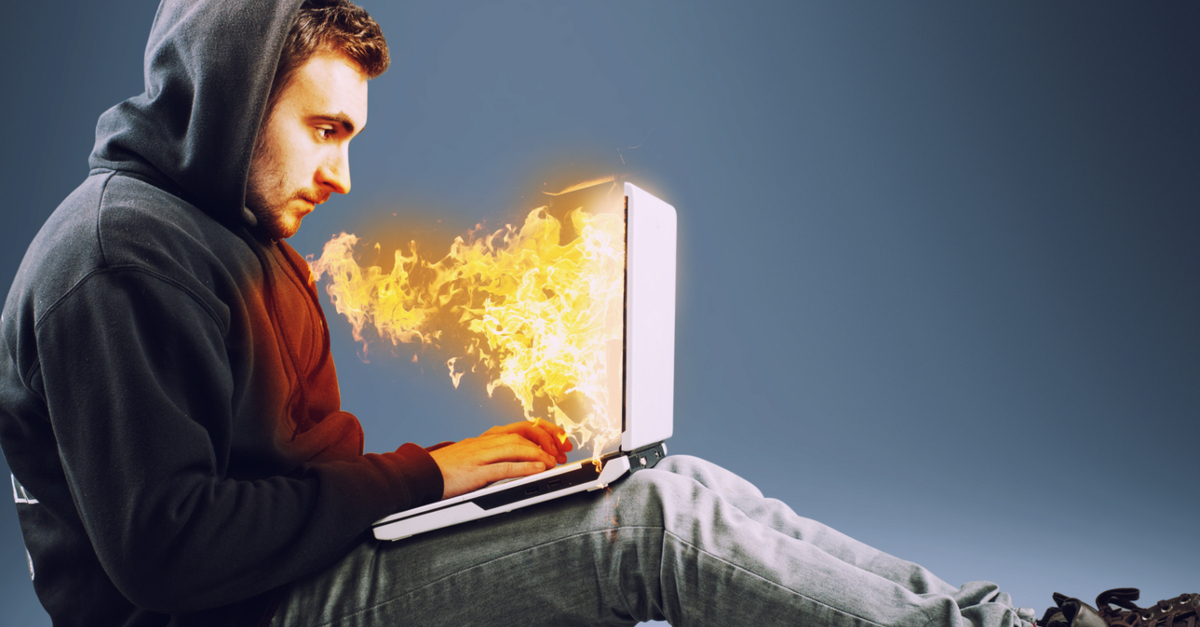 In the virtual world, there are those who sit perched on high alert, scanning for reasons to cast stones at anyone who does anything deemed objectionable, whether the actions are past or present, or attributable to someone living or dead. The reach of those cast stones is frightening and oftentimes as easy as liking or retweeting a post calling for someone’s “cancellation,” or push into oblivion.

For the stone-thrower, the reward of ganging up on a labeled “wrongdoer” is immediate and short-lived, deceiving the stone-thrower into believing that if he tears down a “sinner,” then he must be more righteous for having done so. For the “canceled” person, however, the consequences of being targeted can be far-reaching and catastrophic, including such things as job loss, career derailment, or risks to the canceled person’s personal safety if identifying information is posted online.

Simply put, cancel culture is one of Satan’s latest weapons to divide the world and distance us from God.

Unlike cancel culture’s attempt to ostracize anyone who does something deemed controversial at the moment, the Bible is clear that Jesus wants us to live in peace. The Bible tells us to “make every effort to live in peace with everyone” (Hebrews 12:14). Jesus further instructs us to love our neighbors as ourselves (Matthew 22:39) and to love and pray for our enemies (Matthew 5:44).

Peace among people can be sought through 4 choices:

1. Humility in acknowledging that we’re all sinners and fall short of the glory of God (Romans 3:23)

2. Grace in extending mercy to each other as our Father extends mercy to us (Luke 6:36)

3. Forgiveness in choosing to forgive trespasses in the way the Lord forgives us our trespasses (Colossians 3:13)

4. Restoration in helping sinners to repent and be reconciled with those whom they wronged and, thus, with God (2 Corinthians 5:18-20)

When we accept this, we can humbly trust God’s Word to guide our steps rather than leaning on our own—or another human’s—flawed understanding of things (Proverbs 3:5-6). 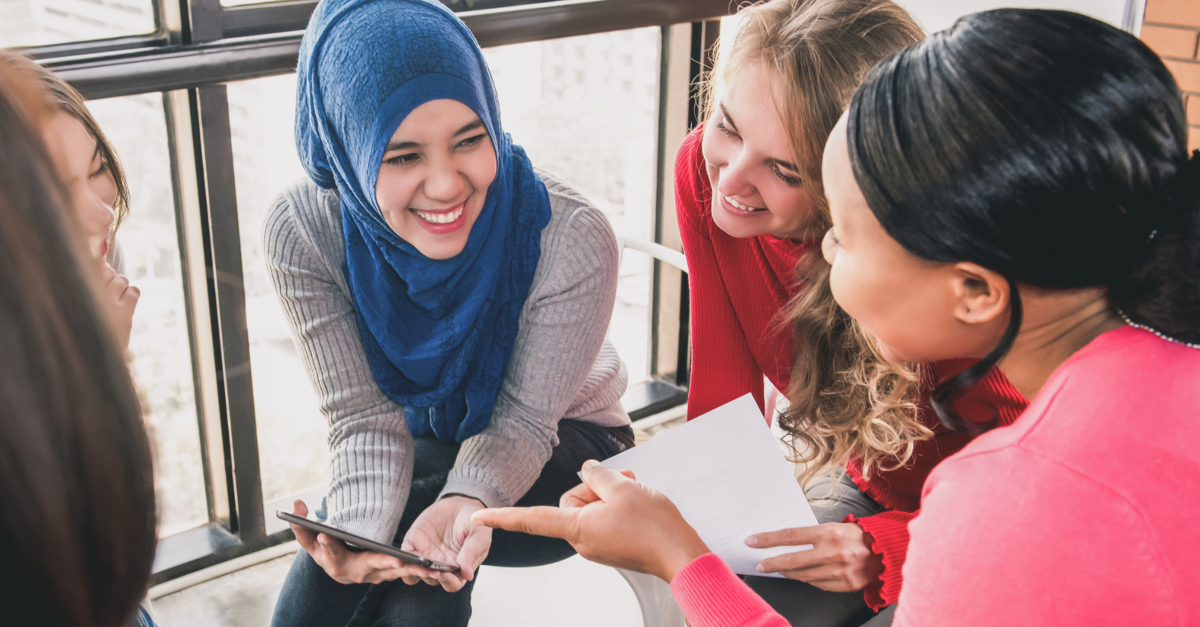 Where cancel culture urges us to malign those who dare to express an unpopular opinion, Scripture encourages us to “let no corrupting talk come out of [our] mouths” so that we may use our speech, instead, to give grace to others (Ephesians 4:29). Jesus specifically refers to those who are merciful as “blessed,” and the recipients of future mercy from God (Matthew 5:7).

Where cancel culture obliterates forgiveness for those who offend our paper-thin sensibilities, Christ warns that the very people who refuse to forgive will be held accountable for their unforgiveness (Matthew 6:12). Scripture notes that whoever forgives an offense fosters love, while whoever broadcasts an offense causes division amongst others (Proverbs 17:9).

Where cancel culture gives us license to seek vengeance on those who stumble, Scripture instructs us to restore the fallen person frankly but gently (Leviticus 19:17; Galatians 6:1). In helping people be reconciled with God and with each other, we’re to focus on restoring the sinner, not avenging the sin (Romans 12:19).

As Christians, we’re members of the Kingdom of God, and cancel culture has no place in our Kingdom culture. To maintain our perspective, we should keep in mind that God didn’t cancel us despite our many sins, but sent His Only Son to be tortured and killed so that we may have eternal life (John 3:16).

To reflect God’s love for us, we as Christians must also not cancel others for their transgressions.

By refusing to participate in any aspect of cancel culture and, instead, seeking peace with our fellow man, we can come together to thwart the devil’s scheme to divide and conquer God’s people.

One thought on “How Satan Is Using Cancel Culture to Deceive”