With just nine days left before America goes to the polls, Trump supporters, reportedly in the thousands, descended upon Beverly Hills, California, yet again for another huge MAGA rally.

There were at least three previous pro-Trump rallies in Beverly Hills — the most recent on October 10. Before that, supporters held another rally on October 3. Breitbart News reported BLM and Antifa protesters crashed that rally. 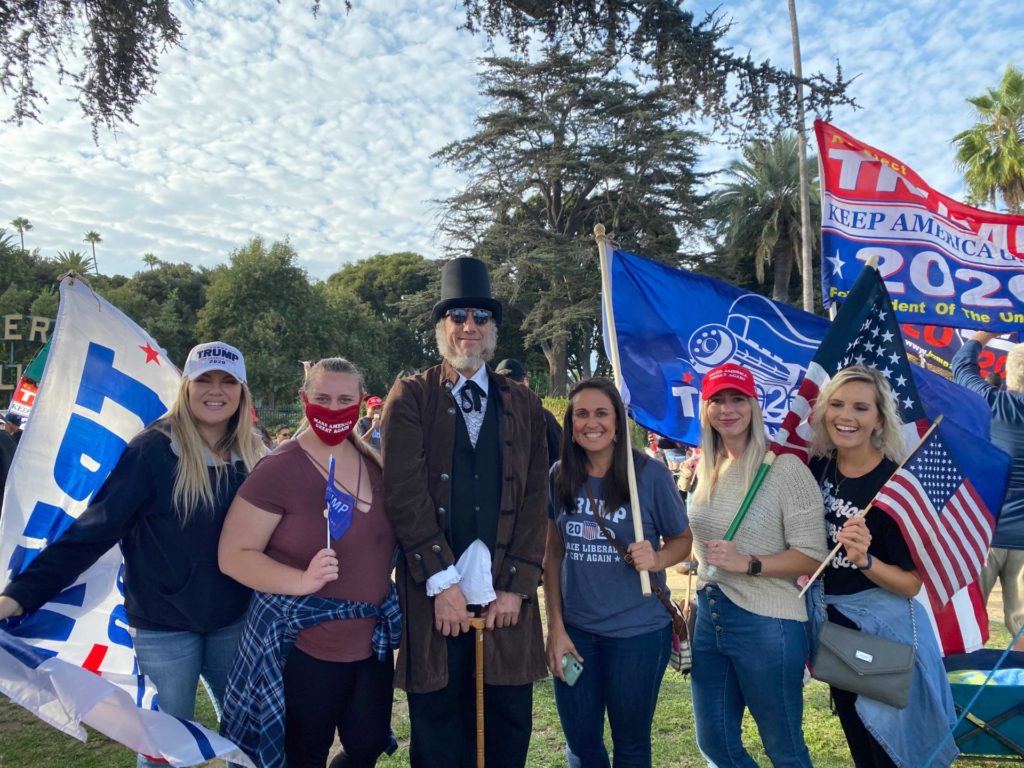 “Trump Rally — Beverly Hills,” tweeted one individual on Saturday, alongside a video and the hashtags, #GaysForTrump, #LatinosForTrump, #BlacksForTrump, and #WomenForTrump, suggesting that the large crowd was rather diverse.

“Beverly Hills Trump Rally is insane today — haven’t even walked inside the Garden Park yet,” noted another Twitter user who posted a purported video of the event.

After gathering in front of the Beverly Hills sign on Santa Monica Blvd, the rally-goers took to marching up Rodeo Drive chanting “USA USA USA.”

“This is happening in BEVERLY HILLS,” tweeted Turning Point USA founder Charlie Kirk. “Are we really supposed to believe Biden is up 14 points?”