If anyone needed another sign of where we’re going from here, we get it from this WTOP story.

Titled “‘Not a choice any more’: Council member presses DC on unvaccinated”, that story pointed out what is already happening now in Washington DC, with D.C. Council Member Elissa Silverman recently saying during a council call with city administrators: “D.C. needs to take a more aggressive approach on vaccinations — getting the jab into more arms”.

“And as a reminder, we knock on doors until we actually get someone to talk to us. And so they’ll go back to a house four or five, six times, if necessary, multiple times of the day,” he said.

Ashley also said the District is working with Medicare providers to make sure that they’re providing vaccination education. “But you’re right, it is a choice of theirs to make,” Ashley said. “So we’ll continue to do that education through the —” Silverman interrupted Ashley to say: “The president is saying it’s not a choice any more.”

Yet if any American no longer has that ‘choice’ to make anymore, and government can tell us what we HAVE TO put inside of our bodies, then the fact of the matter is, government can force ANYTHING inside of us (or at least they’d think they can in their own, devious little minds!), nothing less than medical rape.

So with that WTOP story also confirming for us that in Washington DC right now, they’ve already got lists of who is vaxxed and who is not, and they are more than happy to harass the sh!t out of unvaxxed people by going back to the same house, “4, 5, 6 times a day” if necessary to harass them into taking ‘the kill shot’, imagine how any rational person might react to varmints knocking on their doors, over and over again, in an attempt to deliver a poison to them!

While some people would surely ‘sic the dogs’ on them, others might handle the situation in a much more ‘permanent matter’, dispatching them with the 2nd Amendment. Sure hope that it doesn’t end up coming down to that for our PUBLIC SERVANTS in government who think they know what’s best but have clearly been getting all of their information from people who most Americans no longer trust.

(ANP EMERGENCY FUNDRAISER: Due to renewed censorship by ‘big tech’ upon ANP articles, we’ll be running an emergency fundraising drive. We also want to thank everybody who has donated to ANP over the years. With donations and ad revenue all that keep ANP online, if you’re able, please consider donating to ANP to help keep us in this fight for America‘s future at this absolutely critical time in US history. During a time of systematic, ‘big tech’ censorship and widespread institutional corruption, truth-seeking media and alternative views are crucial, and EVERY little bit helps more than you could know!) 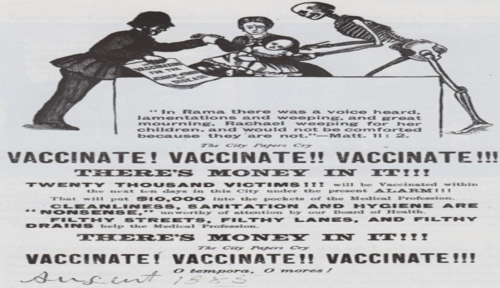 And if you think that they’re done pushing this lunacy, as this new story over at Zero Hedge reports, we haven’t seen anything yet.

“From the beginning, the president and all of us said ‘we’ve got to use every lever we have to fight this pandemic,” said Murthy. Of course, given that Biden and Fauci are on record opposing vaccine mandates – Murthy’s word salad is simply a lie.

And think of what those words ‘use every lever to fight this pandemic’ really mean!

As that ZH story pointed out, Murthy also said there’s more to come “We’re not done yet.” So what will the newest tyrannical measures be that are forced upon the American people in the coming days? From that story.:

While vaccines are the ‘backbone’ of the government’s multi-pronged effort, “we know that there are other mitigation measures,” including masking, testing and social distancing.

“How quickly we get to a level where cases are low and stay low really depends on what we do collectively – not just the government – but each of us, as private citizens and what universities and schools and businesses do. If we work quickly to get people vaccinated, then we will get there faster,” he continued, adding “one of the things we cannot afford to do is allow the Covid-19 experience to turn us against each other. Our enemy is the virus, it is not each other,” (a line he repeated on ABC).

Speaking on CNN, Murthy then said that President Biden will announce new steps to slow the spread of Covid-19 before the UN General Assembly meets – though he didn’t elaborate on what those may be.

“The president will be making announcements ahead of the UN General Assembly about additional measures that we’re taking to help vaccinate the world,” said Murthy.

For the record, the UN General Assembly opens on Tuesday, September 14th, tomorrow. 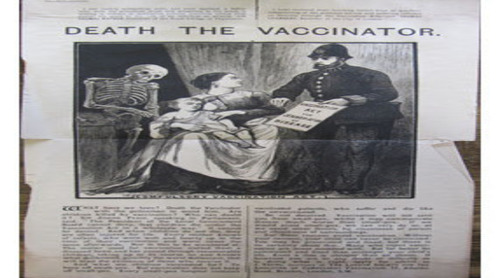 So with even more draconian ‘medical martial law’ measures sure to be unveiled in the coming days by ‘dear leader’ Biden at a time when Americans are either resigning from their jobs ‘en masse’ or facing being fired rather than yielding to medical tyranny, if it ever really became ‘no longer a choice’ on whether or not people take the ‘kill shot’ or not, every American would become a slave, living under tyranny.

As Donald Trump Jr had tweeted on Sunday, “If we’re really trying to save lives why don’t we mandate proper diets and exercise?” And now we see that their attempt to get the ‘kill shot’ into the arms of children is being kicked into overdrive as reported in this Daily Mail story titled “Former FDA chief-turned-Pfizer board member Scott Gottlieb says COVID vaccine shots for children aged between five and 11-years-old could be approved by Halloween”.

Clearly a part of the globalists depopulation agenda that seeks to ‘eliminate’ 7 billion ‘useless eaters’ prior to 2030 in their insane attempts to ‘combat global warming’, all of the top-voted comments we’ve republished below from that story nailed it.

“They want us all dead”

“To do this to young children is unconscionable”.

“They want to depopulated and it’s a precursor to the mark of the beast!!!!!”

“Nope. Not putting this on my healthy child. Bye”

“Are there any other countries Vaccinating 12 and under? Sheesh, even the WHO, which is not the most trustworthy organization, won’t even recommend that age group.”

“Where is the info covered by the Telegraph and Guardian with young males being 6.1 times more likely to be hospitalized for adverse heart issues from the vaccines than from the virus itself! This vaccine push for the little ones is absolutely grotesque- simply outrageous. These doctors like Gottlieb have made a Faustian bargain, I hope they get their comeuppance.”

So with government slaves going door to door in Washington DC harassing people who don’t want to get the shot, sometimes ‘4, 5, 6 times a day’ another hint of what’s coming to the rest of America, as Mike Adams of Natural News warns in the only video below, how long will it be until the unvaxxed across America are being ‘hunted down‘ by vax enforces like we’ve witnessed in Australia?

As Susan Duclos pointed out in this August 25th story on ANP, “The Only Reason Patriots (And Vax Dissenters!) Aren’t Being Marched Off To The Ovens Right Now Is Americans Are Heavily Armed – That’s The Difference Between The Tyranny In Australia And The Wannabe Dictators In America – We The American People Have Not Allowed Liberals to Disarm Us”.