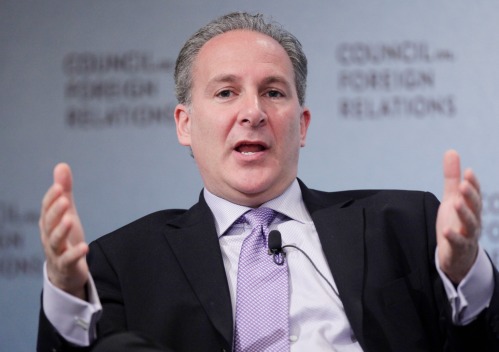 Peter Schiff is one of the few non-biased investment advisors (not committed solely to the short side of the market) to have correctly called the current bear market before it began and to have positioned his clients accordingly. As a result of his accurate forecasts on the U.S. stock market, economy, real estate, the mortgage meltdown, credit crunch, subprime debacle, commodities, gold and the dollar, he is becoming increasingly more renowned.

He has been quoted in many of the nation’s leading newspapers, including The Wall Street Journal, Barron’s, Investor’s Business Daily, The Financial Times, The New York Times, The Los Angeles Times, The Washington Post, The Chicago Tribune, The Dallas Morning News, The Miami Herald, The San Francisco Chronicle, The Atlanta Journal-Constitution, The Arizona Republic, The Philadelphia Inquirer, and the Christian Science Monitor, and appears regularly on CNBC, CNN, Fox News, Fox Business Network, and Bloomberg T.V. His best-selling book, “Crash Proof: How to Profit from the Coming Economic Collapse” was published by Wiley & Sons in February of 2007. His second book, “The Little Book of Bull Moves in Bear Markets: How to Keep your Portfolio Up When the Market is Down” was published by Wiley & Sons in October of 2008.

Mr. Schiff began his investment career as a financial consultant with Shearson Lehman Brothers, after having earned a degree in finance and accounting from U.C. Berkeley in 1987. A financial professional for over twenty years he joined Euro Pacific in 1996 and has served as its President since January 2000. He is also Chairman of SchiffGold, a precious metals dealer based out of Manhattan. An expert on money, economic theory, and international investing, Peter is a highly recommended broker by many leading financial newsletters and investment advisory services. He is also a contributing commentator for Newsweek International and served as an economic advisor to the 2008 Ron Paul presidential campaign. He holds FINRA Series 4, 7, 24, 27, 53, 55, 63 & 65 licenses.

One thought on “Peter Schiff: “Were Going Into A Currency Crises That’s Going To Be Worse Than 2008””